It's not because we blurred the lines between Filipino and Malaysian traditions. Nope... :) (Ok, we did, because we even had two types of toasts -- one that we are used to and another that's traditionally Malaysian)

I am using this title because the people started dancing when Sound Salad started singing the song, "Blurred Lines". :)

It was cute how the children/siblings of the couple delivered their parents messages. Oh, and guests definitely enjoyed the trivia game about Adrian and Rhea... We had to go down the wire to a sudden death round with one of Rhea's former office mates winning for his table :)

We had fun with the singles game, too, since we played damsel in distress with the basketball hoops. It was funny and touching at the same time to see the Malaysian guys coaching each other as to how best to shoot the balls into the hoops. Really sweet, too, that our bachelor who did the garter and kissing challenge said sorry to the bachelorette every time he had to do a task -- such a gentleman!  :) 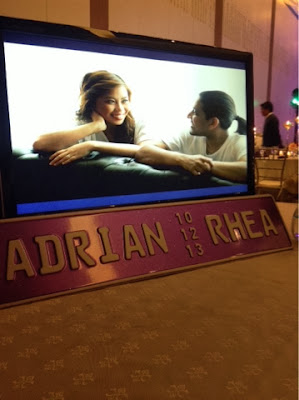 Registration set up by Ktg events :) 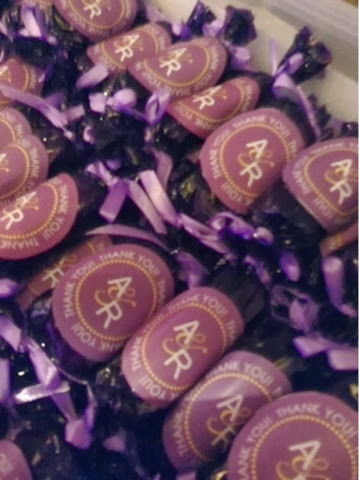 Giveaways from the couple which only females were allowed to distribute.

Loved the set up of Josiah's Catering :) People were so full that we had to remind them there was a pasta bar on the left and a dessert bar on the right. :) 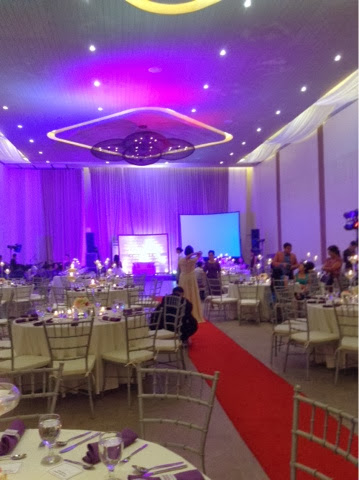 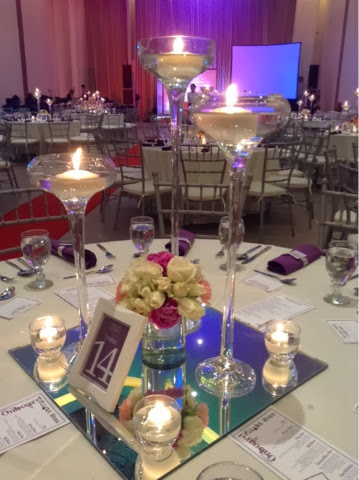 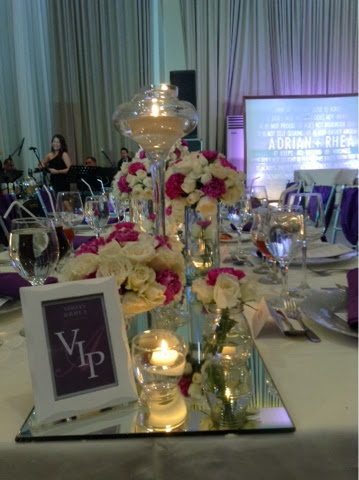 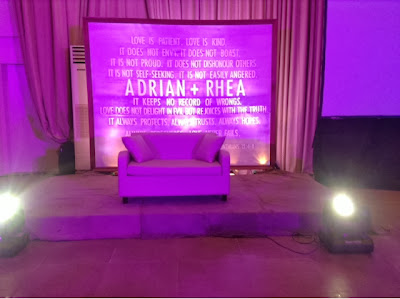 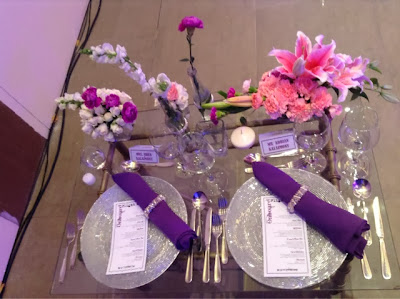 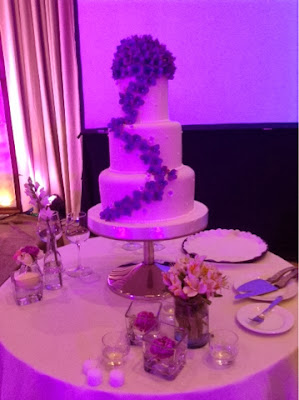 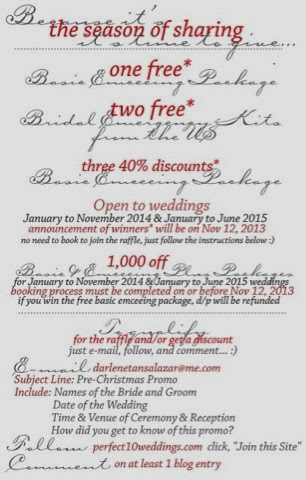