When you're with The Queen...

I announced that I would be on coordination hiatus last year; thus, you can imagine my surprise at the inquiries I am suddenly getting again for coordination -- one after the other, since yesterday. Over the past months, I would get inquiries for emceeing wherein the brides/grooms ask me again if I would really not reconsider my decision to go on break, but still, they are primarily asking for the emceeing packages. These two days, the experience is different -- they are really asking for coordination packages.

I figured, now is the right time to post this entry regarding one of my idols in the wedding industry. 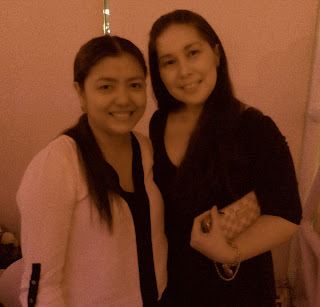 I first met Ms. Queen David when Ms. Benz organized a dinner for "w@wies-turned-coordinators" in 2010. She struck me then as someone who was no-nonsense yet down-to-earth. Several months after, she was featured via a w@w podcast. I listened intently, played it over and over, and forced my husband to listen as well. Forced is the word because he said he hears of weddings 24/7 with me pa lang, now he also has to listen to a podcast? Kidding aside, I learned a lot from that podcast and I encourage all coordinators to listen to that episode. :)

I finally got the chance to work with Queen and her team this 2013. I looked forward to the opportunity because I knew it would have the right mix of seriousness and fun. I wish I could be as cool and unperturbed as she is -- a wedding coordinator who doesn't look stressed. I know when I was coordinating, there were times I could not play the role of the proverbial duck -- unruffled yet furiously paddling underneath. But this lady was cool as a cucumber all throughout the event -- despite the number of suppliers present, despite all the details especially during the grand entrance to first dance part, etc.

She had an efficient team of professionals who worked on various facets -- from briefing the entourage to staying at the tech area, to encouraging the singles to join the singles game. I really saw them on the floor, egging on the singles to walk to the program area as fast as possible so that the beginning of game time would not be dragging.

In the end, getting an experienced coordinating team, in this case, Just Like Ours, truly paid off for the bride and the groom -- all they needed to worry about was executing their grand entrance and dance really well. (But that's another blog entry... see my post regarding April 27, 2013. :)
Posted by Perfect 10 Weddings at 1:31 PM