Dance the night away!

Jeni wanted a memorable programme not just for her and her groom, Rocky, but more so for her guests. That's why she pulled out all the stops to make it happen. Aside from our frequent chats on Facebook wherein she asked me about all her wedding-related questions, she dutifully answered the workbook, and rehearsed with Rocky for their epic entrance and first dance. :)

Why epic? First, they couldn't agree on what to do -- Jeni wanted to dance while Rocky wanted to sing. So the best resolution to the impasse was to have a combination of singing and dancing... :)
They sang "Grow Old with You" coming into the venue. Of course, the guests cheered and clapped, but when they started dancing, we thought the whole venue would collapse because there was so much more cheering, clapping, and even dancing with the couple. Yup, some guests were dancing in their respective areas as well! :)

Please forgive the pictures I took. I have links to their onsite AVPs below... :) 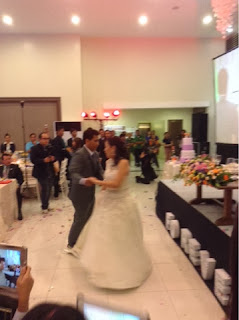 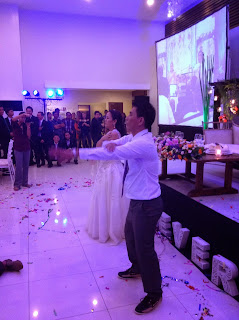 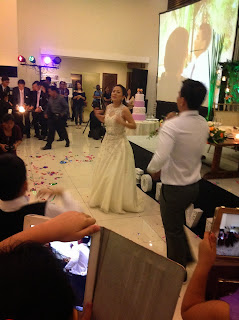 After the first dance, Jeni was treated to a surprise by Rocky and his friends. They danced several hits of the 90's and the current era and even asked Jeni to join them while dancing "Gentleman". :) 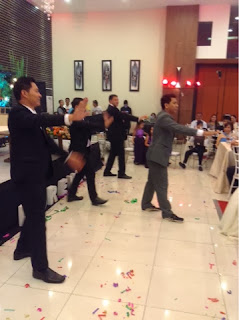 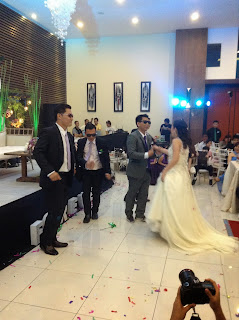 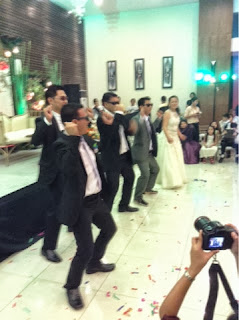 After so much energy from the first dance and the surprise dance number of the boys, their dear ninang quipped during her speech, "Eto na ang pinaka-masayang wedding na napuntahan ko..." :)

Because it is a celebration, they made sure it would be obvious upon entrance with the registration styling of Moki Gray. 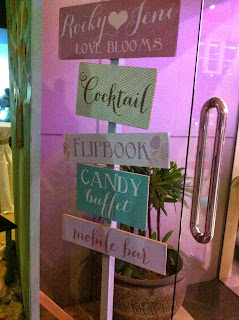 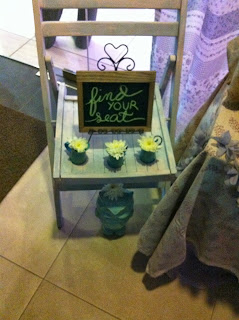 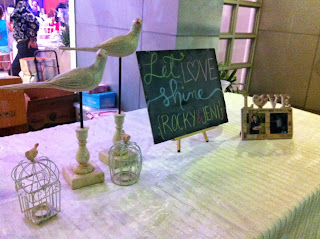 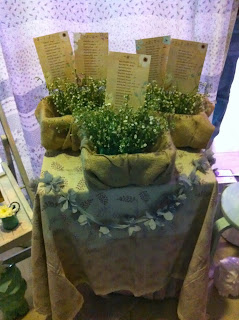 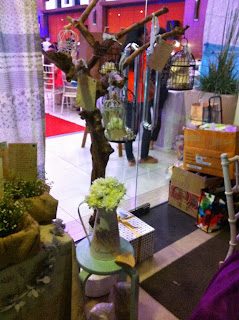 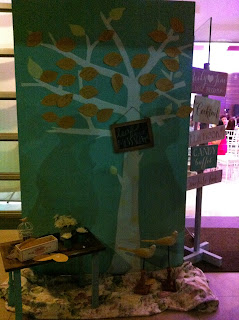 Below are pictures of other details: their VIP table, menu card, game card, and thank you card. :) Needless to say, everyone enjoyed the food from Josiah's Catering :) 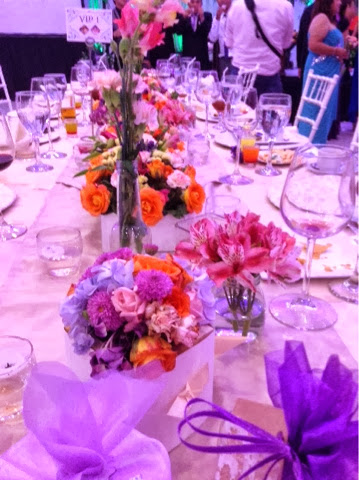 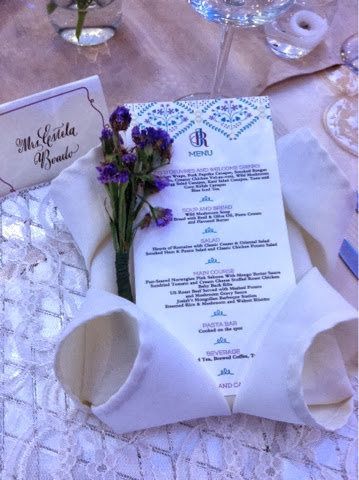 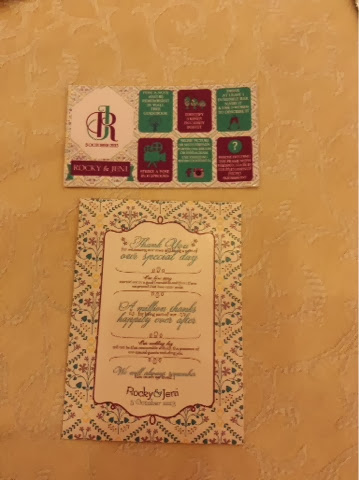 They also had another letter for the guests which I helped them prepare. This was to encourage them to prepare for their themed group shot (in lieu of the usual wacky shot). Below is the picture of the group that won! :)
Other noteworthy parts of the programme:
a) name that tune contest: Everyone got into the groove of the game, even the VIPs. Oh, and yes, they won as well! :)

b) beat the groom challenge: a drinking contest using drinks from their mobile bar :) I believe it was the best man who won this challenge because he came closest to beating the groom as he finished the drinks laid out before him. :)

c) the entourage entrance where they did their best to dance and pose; they also took charge of the sparklers (with the guidance of the team of Infinite Events by Mr. and Mrs.)

d) the instagram contest: When Di Anne showed me the winning entry, I told her to flash it using the live feed... Thus, people looked at the screen with bated breath.. hoping they would be declared the winner! :)

e) the scavenger hunt: the winner was declared through raffle (based on all the cards of those who finished the tasks)

f) the couples' game: pop the balloon challenge (which had all couples scampering to pop their balloons as fast as possible in order to avoid the consequence, i.e. the garter ceremony)

Check out the following links:

Superb onsite photo slideshow by Jayson and Joanne Arquiza: http://vimeo.com/76671596
Look for the photos of the entourage with the R Love J letters... super duper nice! :) 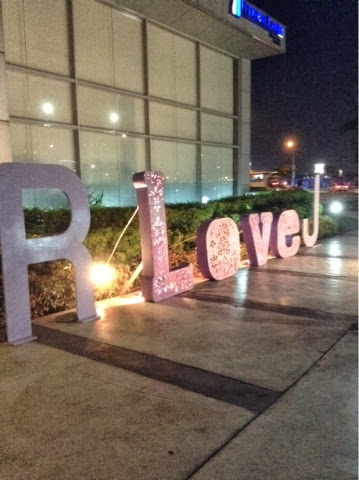 Great mix of serious and funny moments in the onsite video of Aisle 1401: http://vimeo.com/76365346
Look for the part where Jeni and Rocky are dancing, with Ninang dancing in the background... :)

They also had a behind the scenes shoot with Joanna Eduardo: http://vimeo.com/72824662
The actual prenup pictorial was done by Jayson and Joanne Arquiza. :)

So many people contributed to the success of this event including Dylan Gozum of Vatel Manila, for her vibrant bouquet; Mayone Bakunawa-Balbarin, her beautiful make-up artist; Chef Kiko, who made the cake, Bonbon Taffy, who prepared the candy buffet, and Flipbooks, which was such a box office hit among the guests. :)

Jeni booked me during promo time; thus, let me share as well the link to my current emceeing promo which ends on November 12, 2013. It's a discount promo as well as a raffle promo :) 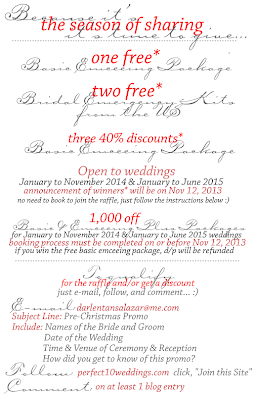 Thank you once again, W@Wies :)

Thank you, Weddings at Work Community

For the latest emceeing package, please don't hesitate to send us your date, time, and reception venue.
darlenetansalazar@icloud.com
0917-8503826